im really getting sick of the whole male population in general.
they are all the fucking same! no matter if you think that oneee person will be different, they just always end up going and doing something really fucking shallow. it really sickens me.
i wish guys were more like how they’re portrayed in books. i know like every fucking girl wishes that, but i really mean it. i also think im biased and bitter when it comes to guys.
biased- because i compare every guy to my impossibly high standards ive developed from watching all these hot celebs walk around, and from reading the shit Edward Cullen says over and over again. smeyer was really screwing all guys over when she wrote the twilight saga.
and bitter- because every time i see a guy, im just like, well fuck him, you know he just wants one thing anyways.
idk, im really just sick of them.

despite all that shit i just talked, i really like this picture. 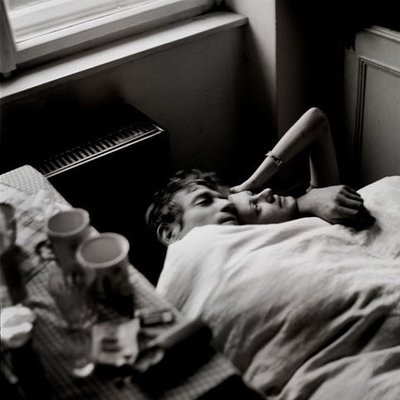